Let your voice be heard.

We share stories from victims of CPS & DHS abuse of power, harassment, targeting, and wrongful removal of children from parent(s). Our team also seeks to provide more real world solutions & technology to help children, parents, and guardians in need, who are suffering at the hand of CPS or DHS nationwide.

By Ghostwriter
My daughter was sexually assaulted at age 9 with 3 other girls on different occasions with her friends. He was…
Read More

By Ghostwriter
June 7th 2020, My 18 month fell into the fire pit. Causing a 3rd degree burn to his left hand.…
Read More

By Ghostwriter
Something isn’t right with the system here in PRESTON COUNTY. My daughter has been incarcerated now for the past 2…
Read More

By Ghostwriter
Kentucky to Alaska I came to visit Alaska with my son from Kentucky, well within 2 and half weeks been…
Read More
MORE STORIES

Fighter Cries is an Online Community Resource Center with a strong organic Victim Advocacy Department to be the voice of the defenseless. Together, our unified goal is to better the lives of families everywhere with a focus on reuniting children and parents through sustainable solutions.

Our team, at Fighter Cries, have heard hundreds of stories from parents detailing the discrimination they have suffered due to the negligent and or knowingly unlawful actions of CPS caseworkers, Judges, Police Officers, and Government Officials. Furthermore, we have witnessed dozens of stories that are being elevated to "Cases" based on the surmounting physical evidence that has been provided to us from your victims. More on those stories soon, until then, please be courteous to our authors as they are the victims of a broken system, and many of who are suffer from trauma inflected by the system that is failing us all. Thank you for being considerate and thank you for reading.

DONATE TO FIGHTER CRIES
By: admin

LONDON: “…made to cut little babies throats and take the eye balls out.”

Our goal is to provide community resources with real world solutions to help parents, children, and families grow, while also providing a platform in which to be heard. Together, we are stronger.

We utilize a long-term educational impact model focused on paying the knowledge forward across future generations.

Fighter Cries is a Community Resource Center with a strong organic Victim Advocacy Department to share the voice of the defenseless. Together, our unified goal is to better the lives of families everywhere with a focus on reuniting children and parents through sustainable solutions.

I thought I was alone, I was not. We are many. Please share your story with me. Thank you in advance for your bravery in doing so, and remember we can and will publish your story anonymously if you are afraid of retaliation by CPS.

By constructing a sustainable environment, our Fighter Cries movement will grow organically while refined process and systems to make an even bigger impact year after year. Join me on this peaceful mission to make the lives our children better, and their children's children better too. 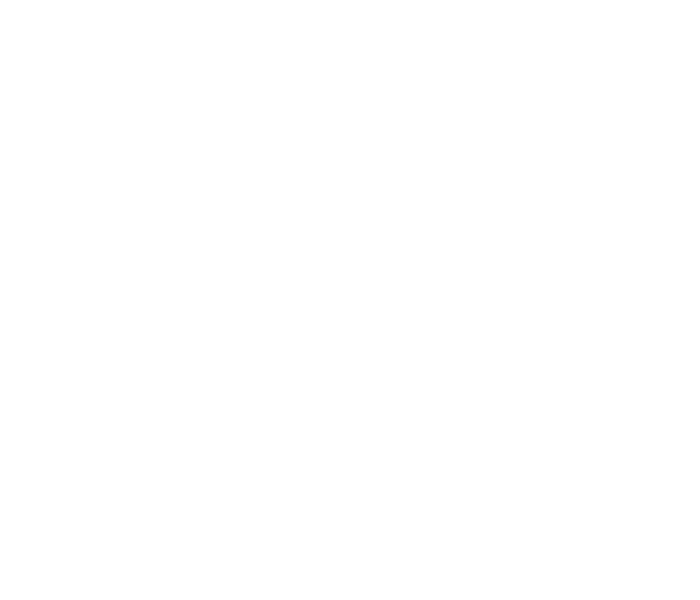 Fighter Cries is on a mission of change. We are one voice. 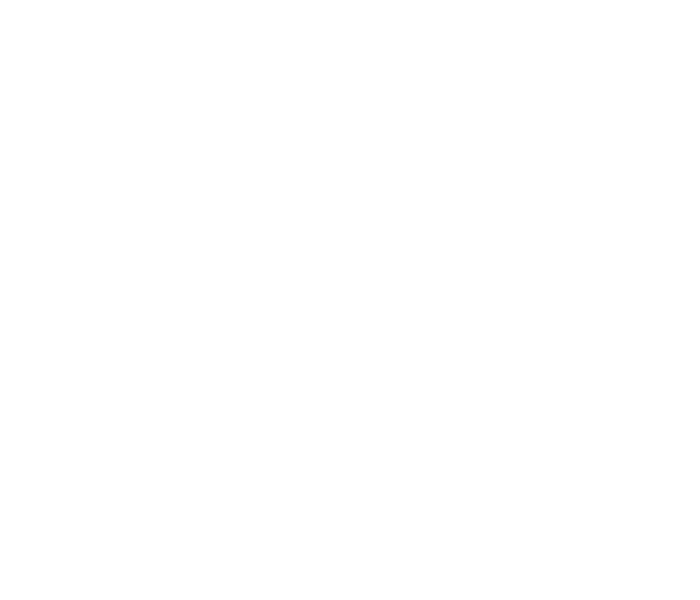 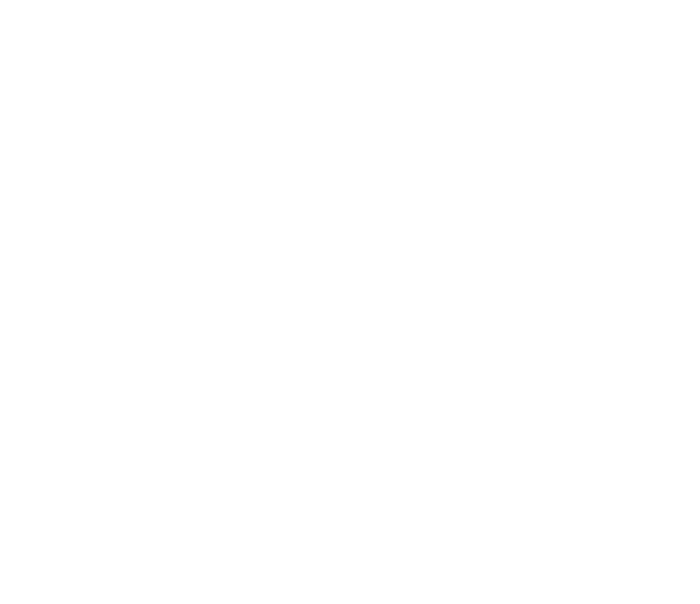 Create sustainable solutions and stand as one voice

Unlawful Use of Power by CPS/DHS

Our team has seen an alarming amount of suspected CPS Abuse of Power Complaints, with many of them having hard evidence to substantiate said claims, which clearly show direct violations of policy and or proof of CPS caseworkers and Judges knowingly committing crimes, and when combined with all the other circumstantial evidence, taken as a whole, we believe some of the PUBLIC SERVANT names within the stories posted on our Fighter Cries site have enough proof based on the preponderance of said evidence, that real crimes against children and or parents are being committed by CPS/DHS caseworker under the direct knowledge of Judges, and Government Officials nationwide.

My daughter was sexually assaulted at age 9 with 3 other girls on different occasions with her friends. He was…
Read More

Something isn’t right with the system here in PRESTON COUNTY. My daughter has been incarcerated now for the past 2…
Read More

Kentucky to Alaska I came to visit Alaska with my son from Kentucky, well within 2 and half weeks been…
Read More
MORE STORIES FROM VICTIMS

We Want to Help Thousands Of Children

Fighter Cries is a diverse team of volunteers that are lead by our “Mama Bear, CEO” who has a heart of gold and the social worker certificates with criminal justice education to back it all up. She’s our go to decision maker for everything.

Mama Bear CEO went to bat for my son, Leonidas, and when she told me why she was going into the industry to help make changes, I was shocked how broken the system is to the core. Then the stories started streaming in everyday, all day, every hour, through the night, constantly at all hours day or night. It continues to this day for both Mama bear and myself. It is almost unbelievable, but true, there are so many reports it is not coincident.

Hi, my name is Alex, I follow Mama Bear’s orders. This is her dream, not mine. I just happened to be a victim of the broken system, just like you, and have the capabilities to make a difference. More on that topic later.

Victims Are Speaking Up

Together, we are stronger.

Mother
"We have confirmed a pediatrician to over case of baby Grayson. That means we can transfer him home..."

We are MANY | Together We Are STRONGER

Fighter Cries has partnered with some of the biggest artists, businesses, and organizations to help bring an end to child abuse at the hand of CPS Caseworkers, Judges, and Government Officials. Together, we are stronger.

We are going to bring “Unity in the Community” as my friend would say, and he does just that. He actually promotes Unity in the Community, unlike those who hurt children. He lives it, so much so, that he backs it up with action. One time, at food a drive, he walked in and said, “whats the can count to win?” Then, he walked across the street and came back with enough cans to take the W. Oh, and he did this two (2) consecutive years. You see Kate Brown, Governor of Oregon, USA, and all other STATE OFFICIALS & PUBLIC SERVANTS NATIONWIDE, we are now organized, and on top of all that, there’s also an group of SEO nerds who are tired of our children getting abused by your actions too, or lack thereof. We are many. Together, we are stronger.

You are outmatch. Fighter Cries will make every voice heard with the speakers on BLAST. We even have comedians in multiple States making punching lines out of these criminals as we speak. Get ready, changes is coming. Our children will be safe from abuse and discrimination from CPS/DHS staff & Government Official lack of oversight.

Fighter Cries has several Charitable Community Missions that will be discussed in detail as we continue to develop our platform. Below are a few of our current Causes that we have started. In addition, Fighter Cries is launching a new Brand Ambassador/Charity Partner Program very soon that tracks efforts through affiliate links to ensure help fundraiser for charity using our brand gear. Partner Charity pages are made with Shopping filters to only display products that are relevant to their mission. Everyone wins.

HAND UP NOT OUT

HAND UP NOT OUT is a training program concept for resume building. up, not a hand out.
Raised: $0 . Goal: $0
DONATE

OPERATION “I LOVE YOU”

Toy program for children/parents being reunited crafted to reduce anxiety in child and boost confidence in parent to enhance bonding.
Raised: $0 . Goal: $0
DONATE

It is our overall belief that the problems and damage being inflicted by DHS & CPS Caseworkers, Judges, and staff are occurring system wide. Furthermore, we have seen substantial evidence pointing to the fact that the Government Officials who manage said agencies are aware of the crimes, yet remain silent, ignoring such crimes as Rape, Molestation, and Judges knowingly sending children to live with SEX OFFENDER under false pretense using forged document. That being said, we started to compile list of News Articles and Publications from around the nation proving the "powers at be" knew of the systemic issues, and did nothing, directly resulting in harm to defenseless children. Please support our mission to help children and their parents reunite.

My daughter was sexually assaulted at age 9 with 3 other girls on different occasions with her friends. He was…
Read More

Something isn’t right with the system here in PRESTON COUNTY. My daughter has been incarcerated now for the past 2…
Read More

Kentucky to Alaska I came to visit Alaska with my son from Kentucky, well within 2 and half weeks been…
Read More
MORE POSTS

Now is the time to rise up online and let you voice be heard. Together, we are stronger. Please redact/remove names from all stories by using words such as Mother or Father or Abuser or Suspected Abuser or Victim or Child Victim or Parent or Guardian or Brother or Sister or Aunt or Uncle or Brother #1, #2, #3 or Foster Parent. PLEASE INCLUDE ALL PUBLIC EMPLOYEE NAMES (Caseworkers, Judges, Senators, etc.). Thank you.